For many years, tennis racquets were wooden-framed, which meant that there was a practical limit to head size- as the thickness of wood necessary to make a large head (which would not crack) would have made the racquet excessively heavy.

With the advent of graphite frames, this limitation was removed, and all manner of sizes became possible.

In this article we will look at some of the most extreme designs and consider the features of the best oversize tennis racquets.

What Is An Oversize Tennis Racquet?

The word ‘oversize’ is applied to the largest racquets available. It does not have a strict definition, but it is generally accepted that anything with a head size of 105 square inches or over is categorised as oversize. These racquets will normally be light in weight with a fairly thick beam.

The answer to this depends upon what you want from your racquet.

If you are a beginner, or an older player lacking physical strength, you will not be able to generate much power yourself and will be grateful for any help your racquet can provide.

An oversized racquet will be excellent for developing power, and will normally have a large sweetspot making it forgiving of off-centre hits: it will also be good for producing spin if you can generate sufficient racquet head speed.

The downside of oversized racquet frames normally comes in the form of a lack of stability and manoeuvrability. This is entirely logical for a large frame, but it does mean that oversized racquets are not good for control and precision.

For this reason, a lot of advanced players prefer to use racquets with smaller heads, as they need control more than they require extra power.

What Is The Largest Head Size Tennis Racquet?

The Rules of Tennis state that the playing surface of a tennis racquet can measure at most 15.5 inches in length and 11.5 inches in width. The ultimate oversize racquet would therefore be rectangular with these dimensions, and would have a head size of around 178 square inches! Whilst theoretically possible, a racquet of this design would be unlikely to offer great playability.

There are, nonetheless, several racquets with very large heads available, and a few are still manufactured today.

For example, Weed offer a 135 square-inch model which is popular among older players. Gamma’s RZR Big Bubba features an even larger 137 square-inch head. 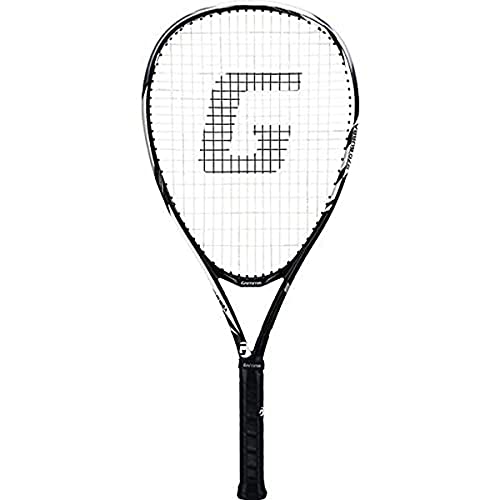 Some racquets have been made so large that subsequent rule changes rendered them illegal. For example, the original Gamma Big Bubba was soon outlawed due to what was considered its excessive overall length.

Similarly, the Head Ti S7, despite ‘only’ having a 124 square-inch head, is now illegal because the racquet face exceeds the allowed 15.5 inch length specified in the rules.

Do Any Pro Tennis Players Use Oversize Racquets?

The simple answer to this is NO, as the pros are generally concerned about control and stability more than generating extra power.

Nonetheless, over the years some leading players have experimented with larger racquet heads. Andre Agassi, for example, liked to use a racquet with a head somewhere between 107 and 110 square inches.

The Williams sisters are the most prominent example of more recent leading players who have preferred larger racquets. Early in their careers they used 110 square-inch heads, and even in later years liked to use a 104 square-inch model which was on the border of being categorised as oversize.

There are several good options available, but one that is definitely worth considering is the Wilson Clash 108. 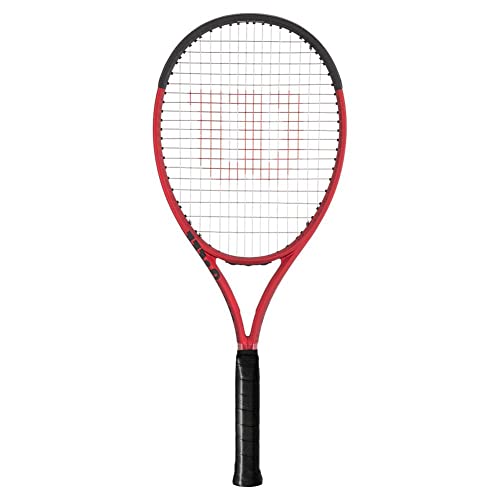 This offers the power and forgiveness expected from an oversize frame, along with fairly good levels of control, making it very suitable for a beginner.

Again, you will want to test a variety of options, but the Babolat Pure Drive 107 would be a good choice for many. 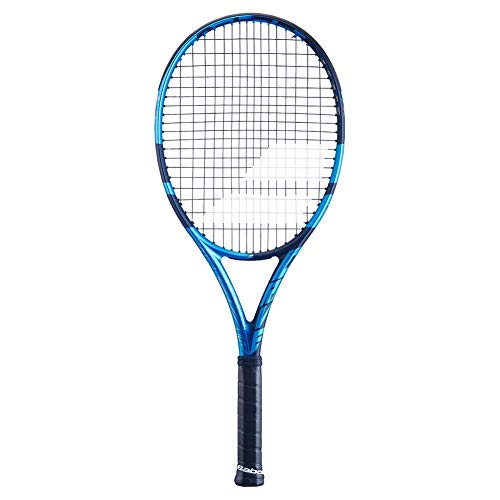 It is not the most extreme oversized racquet, but it nonetheless offers plenty of power and a large sweetspot. It is not as light and unstable as many of its rivals, weighing in at 301g unstrung and offering a good level of stiffness.

Oversize racquets are commonly defined as those with heads measuring over 105 square inches. In this article we have considered  the pros and cons of the best oversize tennis racquets.

– They are great for developing power.

– They normally have a large sweetspot.

– They are not the best for stability or manoeuvrability.

– Pro players will not normally use them due to the limited control they offer, but some, like the Williams sisters, have succeeded with larger racquet frames.

– Gamma’s Big Bubba 137 and Weed’s 135 are two of the largest racquets currently available.

– Beginners should check out the Wilson Clash 108.

– Intermediate players might want to consider the Babolat Pure Drive 107.

Do you like to use an oversize racquet? Let us know your thoughts.